What is a Variable-Speed Motor in an HVAC system?

The fan motor inside higher efficiency indoor and outdoor units is designed to change its speed based on your home’s heating and air conditioning requirements. Working in conjunction with your thermostat, it keeps the appropriate temperature air (e.g., warm air on cold days) circulating throughout your home, reducing temperature variances. The variable-speed motor also increases dehumidification and is quiet because it runs at a lower speed most of the time. Plus, the consistent air circulation eliminates noisy startups and shutdowns.

What does a variable speed motor do?

A variable-speed motor is a type of AC motor that is able to change its speed based on the needs of the application. These motors are most commonly used in HVAC applications, such as air conditioners and furnaces, where they can provide a number of benefits over traditional single-speed motors.

The biggest advantage of a variable speed motor is that it can help to save energy by only running at the speed necessary to meet the demands of the application. For example, in an air conditioning system, a variable speed motor will ramp up to full speed when the system first turns on in order to quickly cool down the home. However, once the desired temperature is reached, the motor will slow down to a lower speed in order to maintain that temperature. This reduces the amount of energy needed to run the system, which can lead to savings on your energy bill.

In addition to saving energy, variable speed motors can also help to improve comfort levels in your home by providing more consistent airflow. Because these motors are able to operate at lower speeds, they can provide a steadier flow of air than a traditional single-speed motor. This can help to eliminate hot and cold spots in your home and improve overall comfort levels.

Variable-speed motors also tend to be much quieter than their single-speed counterparts, so you won’t have to deal with the noise of your HVAC system running constantly in the background. In addition, because they operate at lower speeds most of the time, they can help to extend the life of your HVAC system by reducing wear and tear.

Is a variable speed motor in the furnace worth the cost?

If you are thinking about upgrading your furnace to a model with a variable-speed motor, it is important to weigh the cost of the upgrade against the potential benefits.

There are a few things to consider when deciding if a variable speed air conditioner is right for you: 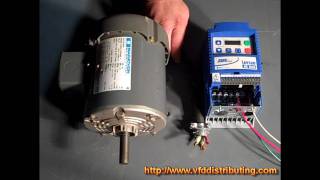 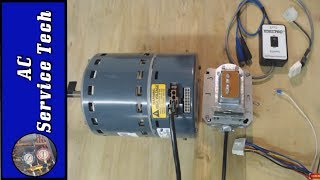 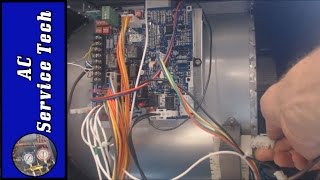 How to Troubleshoot a Variable Speed Blower Fan Motor Easily and Quickly! 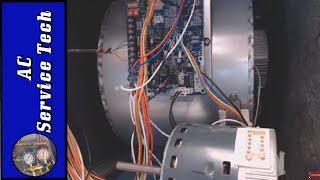